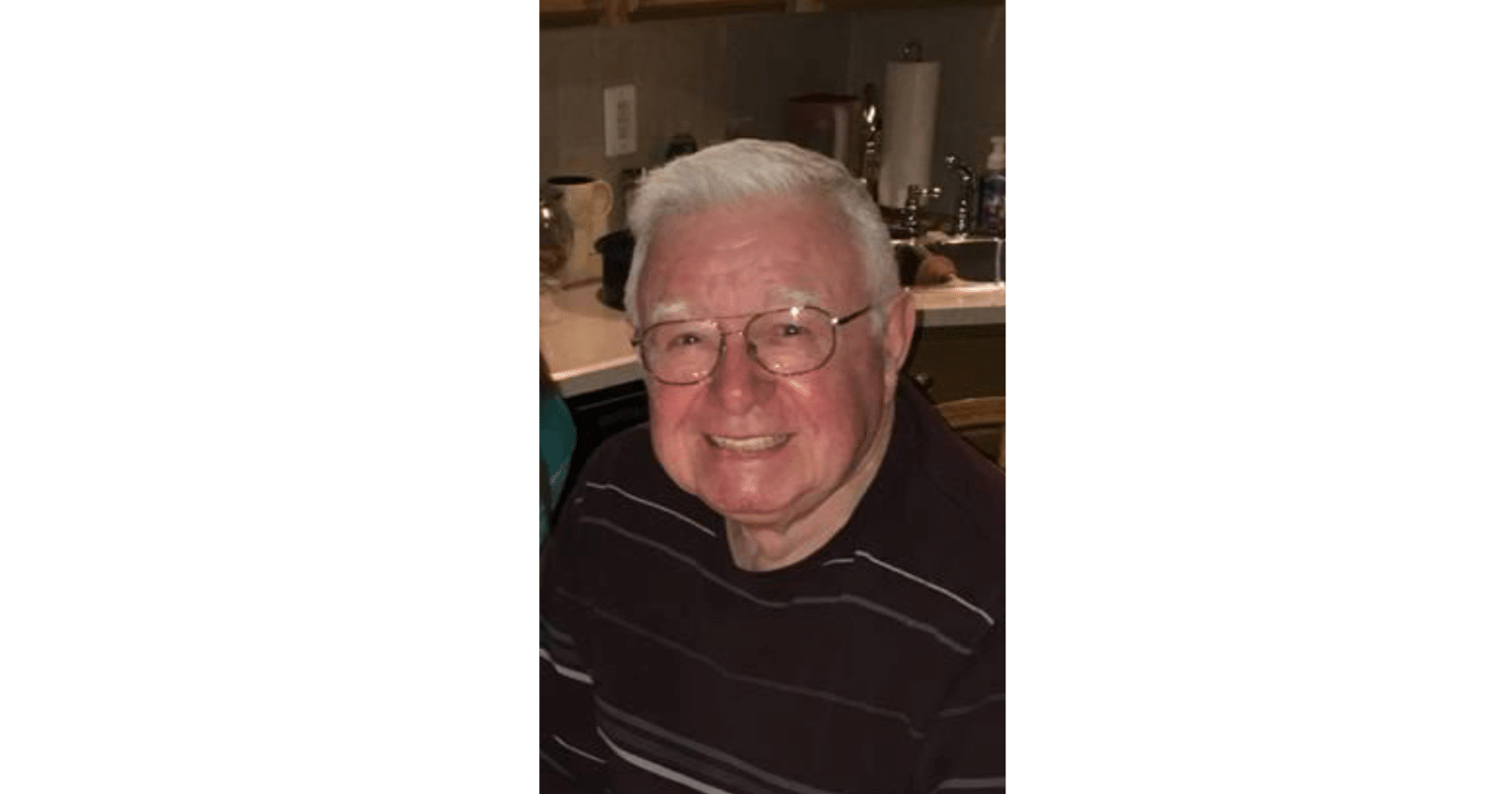 If you were ever in a room with Charles H. Leslie, at some point he would inevitably ask, “How you doing? You all right?” It was part of the Irish charm of the longtime borough resident known for his impish grin, old-fashioned one-liners and genuine interest in others.

Mr. Leslie, the father of borough Mayor Denise Leslie and Fire Marshal Charles Leslie, died April 29 at the mayor’s home, surrounded by his beloved wife, children and grandchildren. He was 85.

His wife of 62 years, Catherine “Cass’” Behr Leslie, was a longtime Republican Judge of Elections in the borough. Sweethearts since 1958, the couple shared a passion for dancing and good food, but mostly for making good memories with family and friends.

“I’m going to miss our Sunday mornings, meeting for breakfast,” said Mayor Leslie, the fourth born of five siblings. “My dad liked to say he was a creature of habit. And he was.”

Both the mayor and fire marshal credit their father for their strong work ethic. At one point, their father held three jobs to support the family.
“Never call out sick. Never turn down overtime. Don’t leave a nickel on the table,” was their father’s business mantra, his son said.

Born and raised in Chester, Mr. Leslie, fondly known as Charlie, was the son of the late Charles and Elizabeth Cummins Leslie. He was a resident of Brookhaven since 1976.

Growing up, Mr. Leslie was a member of St. Anthony of Padua Catholic Church in Chester, where he was an altar server, and attended the parish grade school, where he made lifelong friends like Ralph DeMaio of Doylestown, and Samuel D’Amato, M.D., of Ephrata.

Friends since the age of 6, Mr. DeMaio said, “We did everything, played sports, went to school.” Mr. Leslie was also the best man in his wedding.
“He was a consummate friend for over 80 years,” Dr. D’Amato said. “What I always loved about Charlie was his easy-going nature and ability to engage others in conversation. Anyone who met him for the first time walked away feeling like they knew Charles H. Leslie. He wouldn’t have it any other way.”

Borrowing a quote from another longtime friend, the late Phil Cerami, Dr. D’Amato said, “He was a shining light to many people.” Mayor Leslie said her father devoted a great deal of time maintaining his relationships with family and friends. “He called his friends, his cousins, every week,” she said. “He checked in.”

John “Spike” Mahoney of Florida, who met Mr. Leslie when they played on the Lloyd AC baseball team 70 years ago, last spoke with his friend 10 days ago.
“Sam, Charlie and I were like the Three Musketeers,” he said. “You don’t’ dissolve a friendship like that because I moved to Florida.”

Mr. Leslie was a parishioner at St. Robert Roman Catholic Church for many years before moving to Brookhaven, when he joined Our Lady of Charity Roman Catholic Church. He rarely missed Sunday Mass. He especially enjoyed his role as usher at the parishes, as well as at St. Joseph Church in Sea Isle City, New Jersey, when he was on vacation.

A proud graduate of Chester High School, Mr. Leslie was a member of the Class of 1955, a life fact he delighted in sharing, followed with an enthusiastic recitation of “Sail Clippers Sail,” his alma mater’s motto.

A member of the United Aerospace Workers Local 1069, he was employed in the shipping and receiving department at the Boeing Company in Ridley Park for 40 years, retiring in 2000. As a teen, he worked alongside his cousins at May’s Water Ice, where he was the original left-handed dipper in the family.

Mr. Leslie’s interest in sports was lifelong. From playing softball for Calderone’s throughout his teenage years to later serving as a PIAA basketball official. He was also a past president of the Chester Youth League, where he coached the Black Hats, and initiated and oversaw the youth baseball tournaments “on the hill.” A fan of Philadelphia’s Phillies and Eagles, he never missed a game.

Mr. Leslie’s greatest joys were rooted in the accomplishments of his growing family. Among his favorite things: family dinners with everyone around the table; vacations in Sea Isle City with “the kids,” as he referred to his children, grandchildren and great-grandchildren; singing along to Neil Diamond; and dancing cheek-to-cheek with Cass, to Engelbert Humperdinck’s rendition of “After the Lovin’.”

Mr. Leslie was a veteran of the U.S. Army.

In addition to his parents, Mr. Leslie was predeceased by his brother, Edward Leslie; his in-laws, Emilio and Algine DeVico; a brother-in-law, Leroy “Sonny” Behr; a son-in-law, Frank Saviski; and many dear cousins and friends.

Along with his wife, he is survived by his children: Lisa Garman and her husband, Chris; Cathy Saviski; Charles Leslie and his wife, Maria; Denise Leslie and her fiancé, William Kraft; and Karla Novotni and her husband, Ken; his grandchildren: Charles Allen and his wife, Mandy; Vincent Garman and his wife, Mary Kate; Paige Garman; Frankie and Matthew Saviski; Charles and Isabella Leslie; Louie Fidalgo; and Nina, Natalie, Nadine and Nora Novotni; and his great grandchildren: Maddie Leigh and Charlie James Allen, and one due in May. Loving nieces, nephews, cousins and great lifelong friends also survive him.

Burial will be in Immaculate Heart of Mary Cemetery, Linwood.

In lieu of flowers, contributions in Charles H. Leslie’s name may be made to the Brookhaven Fire Company #52, 2 Cambridge Road, Brookhaven, Pennsylvania, 19015 or you can donate by clicking this link or by Venmo @Brook-Fire52 or by PayPal @BFC52

Burial will be in Immaculate Heart of Mary Cemetery, Linwood.

In lieu of flowers, contributions in Charles H. Leslie’s name may be made to the Brookhaven Fire Company #52, 2 Cambridge Road, Brookhaven, Pennsylvania, 19015 or you can donate by clicking this link or by Venmo @Brook-Fire52 or by PayPal @BFC52